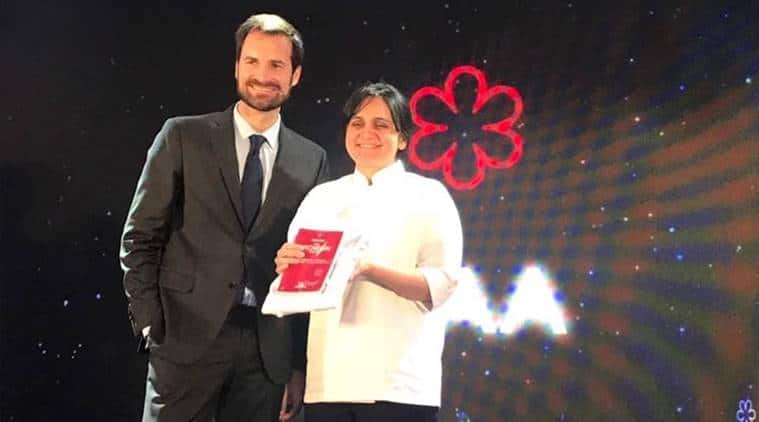 Mumbai born Chef Garima Arora who owns an Indo-Thai restaurant in Bangkok has become the first Indian women to win a Michelin Star. The prestigious Michelin Guide that was started in the 1900s is a regulatory authority which allows customers to know which restaurants are worth dining. Reportedly, Chef Arora is a Le Cordon Bleu alumnus, who studied at Jai Hind College in Mumbai and has also worked as a journalist, before she decided to chase her dream of becoming a celebrated chef.

Arora, who set up GAA in 2017 has worked with the likes of Gordon Ramsay and René Redzepi, as well as Gaggan Anand.

Chef Arora’s GAA is also the first and only restaurant in Bangkok helmed by an Indian woman, which was awarded the prestigious title of a Michelin-starred restaurant. This is the second edition of the ‘MICHELIN Guide Bangkok, Phuket and Phang-Nga 2019 Selection’, and it has recognised 27 dining establishments in total.

In the official statement Gwendal Poullennec, International Director of the MICHELIN Guides, said, “This year’s guide is a reflection of the growing talent in Thailand’s culinary scene with many new restaurants added to the selection, including 13 specialising in Thai food, reinforcing Thailand’s reputation as a go-to destination for gastronomy.”

Congratulations all around. Gaggan keeps his two Michelin stars. ( No one got three). Garima Arora becomes the first Indian woman to get a Michelin star.
And the Sühring twins, who cooked in Delhi a few months ago, go up to two stars @GAGGANBANGKOK pic.twitter.com/s1KeQluR1L

For all the latest Lifestyle News, download Indian Express App

The Best of a Few Worlds
Express recipes: How to make healthy peanut and ja...
Applying for the job of a Nutella taster? It may N...